Getting ‘Smart’ Can Also Equal a More Secure Home — Here’s How!

When you first think of a smart home, we’re willing to bet the obvious come to mind: control and automation of lighting, heating, ventilation and air conditioning, etcetera etcetera.

But guess what? Certain smart home security devices can also make your home feel safer, too. From connected cameras to doorbells and locks, these devices exist to make it as easy as pie — and relatively affordable — to monitor your home from, well, just about anywhere.

For our part, we consider the following smart home security products to rank among our favourites. And if the whole spiel we're about to lay on you isn’t convincing enough, remember, Jiffy pros are more than happy to fill you in on other exciting features when they swing by to perform quick and easy installations of everything we’ve featured below — and more!

One of the foremost perks of living in a smart home is the ability to keep your eye on things from afar, even when you’re not actually on the premises. Truth be told, smart home security cameras can’t be beat in that regard. They not only let you check in on your children, pets and most valued possessions, but remain keenly watchful of your property, period. Honeywell’s Lyric C2 doesn’t just keep a vigilant lookout outdoors, but possesses the capacity to detect other unusual movements and sounds. According to the manufacturer, it is even intelligent enough to identify the difference between a crying baby and smoke alarm, before sending a notification straight to your smart device should the device hear either — no doubt a useful tool for managing the urgency of your response. Oh, and since it’s Honeywell, you can rest assured the device comes at an affordable price. A dollar saved is better than a dollar earned, as they say. 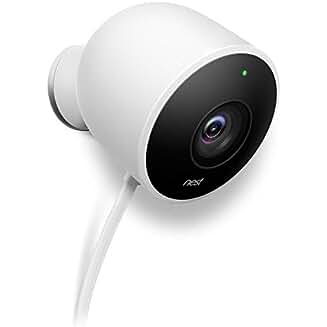 For the past couple years, Nest Cam Indoor has been successfully spotting burglars as they enter homes. Well, Nest now stands guard outside, too. The Nest Cam Outdoor looks for motion and listens for loud sounds, be it a boom or the crash from a window breaking. Then it will alert you with a photo from the event, even saving some pictures in the Nest app for three hours. To better illustrate its usefulness, picture a stranger hopping your fence while you’re out of town. Only instead of being none the wiser, you immediately get a notification, then check your feed and confirm an intruder is sneaking around. Then you go ahead and speak into the app, show him who is boss and watch as he runs off. In more straightforward terms, the device offers you the opportunity to stop a break-in before it even happens. Nest deserves a high five for that one.

You know those age-old knock, knock jokes? Well, thanks to knock-out features like home automation compatibility, live video streaming, two-way communication, Wi-Fi-enabled apps and the like — today’s smart doorbells permit you to skip ahead to the punchline, since you’ll already know who is there! 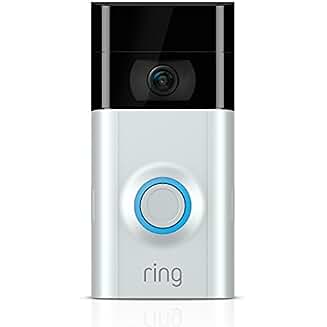 Ring lets you watch over your home in 1080p high-definition resolution — and believe us, it’s nothing short of crystal-clear — as well as answer the door from your smartphone, tablet or PC after receiving an instant mobile alert. The Wi-Fi Video Doorbell 2 has further been designed to work on any home, even coming equipped with a quick-release rechargeable battery. This means you don’t actually have remove the device to charge it. Better yet, get yourself two battery packs and power won’t prove to be a concern at all! 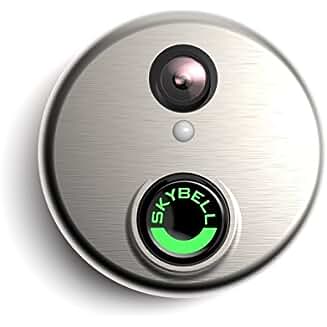 For functional home security disguised as a doorbell, we suggest you look no further than the latest offering from Skybell, which was rated best-in-class by no less an authority than CNET. In fact, despite having to concede how this very device isn't technically a security camera, the esteemed outlet still couldn’t help but gush over how much it acts like one. After all, in addition to motion sensors that will alert you even if your visitor doesn’t press the button, it also features live monitoring so you may supervise your front door at any time by starting the video from the app. Night vision — in full colour high-definition, no less — is another useful tool, meaning you can feel safe because you know you’re able see any visitor, even in the dark.

Largely perceived as being the most important part of a connected home, some smart lock models merely let you use your phone to open and close doors — or monitor who is entering or leaving your home while you’re away — while others (like the two featured here) go a step further by allowing you to assign special privileges to friends, family members or maintenance staff. All without needing to worry about lost or copied keys, either. Identifying the most impressive function of the August Smart Lock Pro + Connect truly compares to a narrowly contested horse race, if we may say so. On one hand, it gets installed inside of your door, ensuring that your existing exterior hardware doesn’t have to change. Moreover, that you can use your existing keys at any time. Nice and discreet, no? On the other, thanks to August’s proprietary DoorSense and Auto-Lock technologies, you can always be confident that your door is closed and locked. How’s that for peace of mind? The August device even works with other smart home products and services such as Nest, Airbnb and HomeAway, thereby bolstering its versatility. Hmmmmmm, all these features considered, we’re going to call it a tie. They all deserve a first place finish! 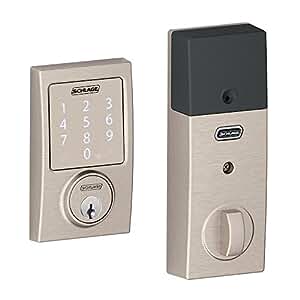 Rather than having to oh-so-inconveniently search your pockets or purse for keys, instead enter an access code on the Schlage Sense Smart Deadbolt’s touchscreen to unlock the door. Yup, we can hear that sigh of relief you just breathed, seeing as there’s absolutely no question how a touchscreen deadbolt allows for greater functionality over a traditional lock. And to make setting the lock up and using it as uncomplicated as checking your email, you can rely on the free Schlage Sense app. The result? The potential your smartphone to either lock or unlock your door from anywhere.

Live Better and Save More with These Must-Have Smart Thermostats